Recent Research in Our Field

Neuroimaging methods provide valuable information about the underlying mechanisms that drive cognitive plasticity. We describe how neuroscientific studies of training effects inform us about the possibilities of the developing brain, pointing out that childhood is a special period during which training may have different effects. We conclude that there is much complexity in interpreting training effects in children. Depending on the type of training and the level of maturation of the individual, training may influence developmental trajectories in different ways.

Differential effects of reasoning and speed training in children (2011)

Children aged 7 to 9 from low socioeconomic backgrounds participated in one of two cognitive training programs for 60 minutes ⁄ day and 2 days ⁄week, for a total of 8 weeks. Reasoning training emphasized planning and relational integration; speed training emphasized rapid visual detection and rapid motor responses. Children in the reasoning group improved substantially (d = 1.51), exhibiting an average increase of 10 points in Performance IQ. By contrast, children in the speed group improved substantially on Coding (d = 1.15). Counter to widespread belief, these results indicate that both fluid reasoning and processing speed are modifiable by training.

Self-determination theory (SDT) is an empirically based theory of human motivation, development, and wellness. The theory focuses on types, rather than just amount, of motivation, paying particular attention to autonomous motivation, controlled motivation, and amotivation as predictors of performance, relational, and well-being outcomes.

We delineate a social-cognitive theoretical framework of self-regulatory engagement that integrates a set of highly related yet distinctive constructs such as motivation, engagement, and metacognition. Central to our self-regulation framework is a cyclical feedback loop, a process that operates in a temporal sequence (before, during, and after a learning activity) and is largely cognitive in nature. We also draw a distinction between the “will” of students to engage in learning and the “skill” with which they regulate or self-manage their level of engagement.

The developmental origins of fear of failure in adolescent athletes (2010)

Families of adolescent athletes ages 13–14 [were] interviewed separately three times over a 3–4 week period. Interviews with parents ranged between 90 and 200 min and with the athletes between 60 and 106 min. Data analyses revealed three categories of parental sport socialization practices that can contribute to young athletes’ fear of failure: punitive behavior, controlling behavior, and high expectations for achievement. These practices appear to be grounded in the parents’ belief that losing competitions will lead to aversive consequences for their child’s sporting progression and career. Therefore, they employed these practices in an attempt to ensure their child’s success in competitions.

Expertise effects on decision-making in sport (2013)

A novel, representative task was used to examine skill-based differences in the perceptual and cognitive processes underlying performance on a dynamic, externally paced task. Skilled participants were more accurate than less skilled participants at anticipating the intentions of opponents and in deciding on an appropriate course of action. The skilled players generated a greater number of verbal report statements with a higher proportion of evaluation, prediction, and planning statements than the less skilled players, suggesting they employed more complex domain-specific memory representations to solve tasks.

Tom Baker is the Director and Founder of Heartscope Learning. Tom is a member of the International Mind, Brain and Education Society (www.ibmes.org) and a life-long learner. He has studied and occasionally lectures at Harvard. 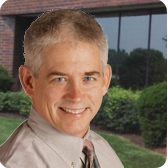 Here are Tom’s powerpoints from his Harvard lecture series in March 2013. Tom was a guest of Dr Stephanie Peabody, Executive Director of the International Mind, Brain, Health and Education Initiative.

The third set of slides (green) comes from a small-group breakout session held a few weeks after the in-class lecture. This workshop used theory covered in the lecture to discuss best practices in the field with real kids facing real challenges.

Parents and educators: please don’t feel too alarmed by the technical jargon you are likely to encounter – feel free to email our office if you need a particular point translated into human English. (NOTE: If it’s any consolation, the average quiz score for this unit among the 78 grad students in attendance was 70%).

(sorry, no audio from this workshop is available at this time)

Closely related to the SCOPES project (although unrelated to the Harvard class itself – they had enough homework as it was): Emporia State grad student Erika Peterson presented the results of her SCOPES research at a recent conference. Details are here (report broken link).